Earlier this week Netflix released ratings of Canadian ISPs and their connection performance for streaming videos. The move by Netflix to release these ratings makes sense to keep customers in the know and demanding good connections – and to shame poorer performing ISPs. Most if not all ISPs throttle speeds, typically for things like peer-to-peer file sharing and large file download/uploads – but keep the speeds open for streaming videos. There is growing movement by ISPs to charge tolls to Netflix as it is a massive consumer of bandwidth. 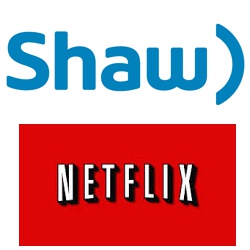 Netflix customers who streamed video through Bell’s fibre optic network in April had an average speed of 3.19 megabits per second, while Rogers’ average speed was just 1.67 Mbps – Shaw ranked third with 3.0mbs. From what I hear I would assume TBayTel would rank well, but were not included in this list.

It has been estimated that NetFlix is responsible for a third of all data transferred online and continues to grow. Hopefully they are able to sign on with some of the major movie studios soon as their video library is in need of a overhaul soon.

In related news Netflix also started charging new customers $1 more to $8.99/month. If they keep coming out with series like House of Cards it is still a bargain for the casual or regular movie/tv watcher.