I have the pleasure of working with various clients around the city and they are split between using Shaw Cable Internet and Tbaytel DSL Internet. At my office I run Shaw Extreme and see consistent fast speeds. At some of my clients there is a noticeable slow-down, so much so that many of them have asked their staff to use traditional FM radios vs streaming radio online to preserve as much bandwidth as possible. I decided to run some tests to do a comparison between our two ISPs in Thunder Bay. 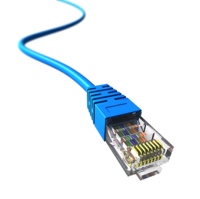 Here are some of my findings, I did my best to isolate the connection from other network traffic during the tests to get the optimum results and posted the best of several tests. I have tried various speed tests including the ones each ISP provides but have found that SpeedTest.net gives the best unbiased results.

* The second result is more typical but there does seem to be quite a bit of inconsistency from one day to another which is more than annoying.

* I didn’t even isolate this computer on a network of over 60 workstations running Citrix with open connections to half a dozen remote offices and hosting several highly utilized websites.

The numbers speak for themselves. I’ll let you draw your own conclusions to who provides the faster Internet speeds. However, if Tbaytel does offer fibre in the future, the tables could turn. It is also important to factor in throttling – how ISPs will limit traffic across specific protocols. If your primary use of Internet is for torrents and downloading then Tbaytel may be a better choice as they do not throttle anywhere near to how Shaw does. If you think you are going to 100mbs downloading torrents on one of Shaw’s new plans, this is not going to happen.

Apparently with cable Internet your speed will suffer when others in your neighbourhood are utilizing heavy bandwidth, but I have never found a noticeable slowdown over 10 years using Shaw Internet. With the need for high Internet speeds becoming necessary in every home to access services like Netflix (especially when they go full 1080p), having a good solid fast Internet connection will make all of the difference.

In the past I have done other Tbaytel/Shaw comparisons and will be revamping these in the future as both now offer Internet, Phone and Digital Television. For the most part what I have found is that prices are very similar, it is the quality and the support that counts. Both have good technicians but both will make you wait on the phone to speak to one.

I think you should do an update to this page. Both TBayTel and Shaw have significantly upgraded their networks since 2011, and are both offering higher internet speeds to their consumers.

Just moved here from Toronto. I had high speed Rogers in Toronto. I just got high speed TBayTel and seems like I’m back in the dial up era. Super slow download and upload, streaming really sucks. I will switch to shaw, I hope it is better.

Tbaytel is slow, horrible and they just can not compete with shaw or Bell. I have shaw 100mbit service, and I see the speed almost 24/7. My mom has Tbaytel up to 8mbit DSL. She sees 2mbit if she is lucky. Most of the time it is crawling around 1mbit. It is horrible that this has happened, but they were complacent for too long. The big boys have come in and shown them that there is no way for them to compete.

My uncle works at tbaytel and he told me never to use their services because of the slow speeds they have.

TBayTel puts $26 million into our city every year. This helps keep your property tax down.
And just today, I was at a friend’s house who had a Shaw technician come re hooking up. This man walked all through her house with his winter boots on. Then, he stood on her living room carpet, snow melting off his boots. He said, “It’s getting late. I’ll come back Monday.” I said, “Sir, you’re standing on the carpet.” He said, “Oh good clean snow.” I recently had a city water dept. employee come to my house. He had covers for his winter boots. And, all my dealings with TBayTel – for phone and internet – have been nothing but positive.
I say support TBayTel.

Yea, TBayTel has no clue how to get speeds consistent and fast. Unfortunately, where I live, currently Shaw and Bell do not offer service (Shuniah). Whenever I call, they blame setup at my place, then the technician comes out, sees that my internal network is perfectly setup and runs at blinding speeds inside the house, but internet access sucks. They reset the ports at their end, and things run fine (at 8Mbps, which is their version of fast) for about a day, then revert back to slow again. Every time, I have to endure another person at Tech Support telling me to connect directly to the modem with a network cable to ensure it isn’t my router. Then 15 min later, they acknowledge it isn’t. What a waste of time. As soon as I have ANY other option, I and 3500 Shuniah residents will be leaving TBayTel.

I’ve been with both and find Tbaytel faster than Shaw but both far faster than what I got when I lived in Georgetown and used Bell and Cogeco. The unlimited data for TBay is what gave me the final ‘screw it’ moment and switched to them.

Currently with TBaytel with 20 Mbps on DSL for $70/month. Finally got them to admit this area probably won’t be upgraded until they do a city wide Fibe roll out in 2020! Just got a quote from Shaw for free installation of 150 Mbps Internet plus 150 channels of TV plus whole home PVR for 24 months for $85! Been with TBaytel for years and phone isn’t changing for now but when it comes to Internet upgrades, they are far behind. I MAY go back in 24 months but only if service has improved by then. I don’t particularly like Shaw as a company either but there is no longer a loyalty issue between large corporations anymore anyway.

PS If we were in TO, Rogers is now offering Gigabit speeds for $100/month! Wonder how long it will take for TBaytel to match those speeds?