QR codes are slowly appearing more and more on just about everything. They are a fantastic way to let people quickly find and save a hyperlink without needing to remember or write it down. 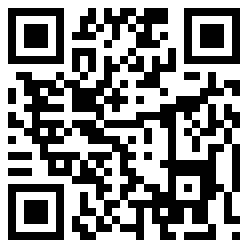 If you don’t already know, QR Codes are square bar codes (pictured above). All major smartphones have free apps that can read them and there are dozens of free QR Code generators available online. They often appear in magazines, posters, signs and billboards. They also allow the owner to track how many people actually use them by having it go to a specific page on your site.

However there are improper ways of using them. I was sitting in a waiting room yesterday and saw one for a deal and special pricing on a new vehicle. I scanned the code on my IPhone and went to the site with Safari. The site opened and to my surprise it was not a mobile site and relied entirely on Flash. In other words, the site was completely useless to me. As much as some don’t agree with Apple not supporting Flash on their devices, this is currently a fact of life and the IPhone makes up a large portion of the SmartPhone market. So if you are implementing QR Codes in your marketing, make sure they go to a mobile friendly website and do not over complicate things (have it go directly to the information represented in whatever is leading them there). Remember most people using QR Codes currently are more tech savvy and familiar with the technology, pissing them off isn’t going to get you business.

I have seen some really innovative uses for QR Codes recently as well, having them at tourist attractions allows visitors to easily load up interactive information of whatever they are seeing – much more than what can be put on a physical sign.

It is important to remember that QR Codes have many advantages and may be really trendy, but most people still have no idea of what they are – so always provide an alternative means to access the same information. Their usage has been slowly increasing but it remains to be seen if they will reach critical mass and become a staple in print advertising.

Microsoft also tried their own brand of QR Codes called “Microsoft Tag” which failed miserably. Which is good because something like this doesn’t need to be controlled by corporate America.