In an attempt to quell the uprising in Egypt, officials have essentially disconnected the Internet. Hoping that preventing people from accessing social media sites like Twitter and Facebook will stop them from taking to the streets. Telecome Egypt provides much of the Internet service to Egyptians and is owned in majority by the government. Egypt’s crackdown appears unique in both scale and synchronization, particularly for a country with such an advanced infrastructure with so many providers, according to Internet security experts. Most dictatorships will block specific domain names or ip addresses but they took the entire Internet down. 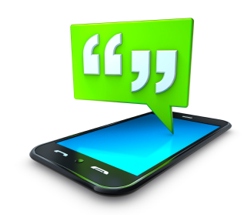 However, a low-tech solution was found with a technology that is still widely available here in Northwestern Ontario – Dial-Up Internet! A French ISP has provided information that allows any one with a dial-up modem to access the Internet. As well, an Egyptian couple have published a comprehensive guide on how to use the mobile phone network to connect to international dial up internet providers.