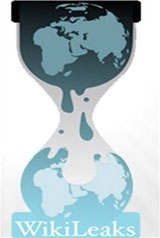 Wikileaks has taken over our news recently by publishing to secret diplomatic gossip. Personally, I have no interest in this gossip – unlike the media which will run with this story for months. On a technical side they are pushing the envelope of what hosting providers will allow and gaining experience in defending Internet attacks. First Amazon with pressure from the US Goverment shut down their servers. Becoming a hot potatoe, the site resided shortly in Sweden and now Switzerland. On Sunday when the cables were published on their site they faced a denial of service attack which shut them down for a few hours. Since then they have been up and down. Then today their DNS provider (EveryDNS) shut them down stating it could potentially cause problems for their other customers. Accessing by their domain name is hit and miss but can still be found by their IP address directly http://213.251.145.96. They have made a lot of enemies and I wouldn’t be surprised if many of the DDoS attacks are originating in the US.

In another recent development PayPal pulled the plug on their online donations. However, you can still donate online through bank transfers and credit card. It is obvious that any company (especially if they reside in the US) that works with WikiLeaks is under significant pressure by the US Government to cease business immediately.